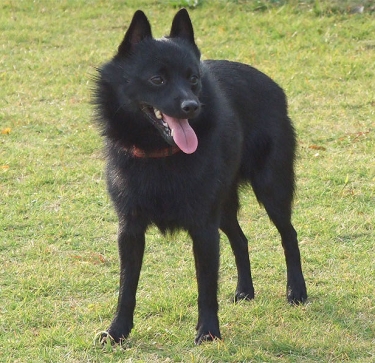 The Schipperke has roots tracing back to the 17th century in Belgium where it is believed to have been derived from a black sheepdog known as Leauvenaar. The Schipperke excelled in hunting small vermin such as rats and mice and often could found as a captain’s dog working on canal barges. They were also very popular as a watchdog and faithful companion, but also used to herd livestock.

Schipperkes were first imported to the United States in 1888 and were officially recognized by the American Kennel Club in the Non-sporting Group in 1904. Today they are most commonly used as companion dogs.

Height: The height for a Schipperke is between 10 to 13 inches (25 – 33 cm) tall at the shoulder. Bitches are a bit shorter. This is considered ideal by AKC Standard. The Schipperke has a square build.

Coat Type: The Schipperke has a profuse, thick and harsh outer coat. The undercoat is thick and soft. It is very thick and longer around the neck forming a ruff which extends in different lengths down the front (the coat has several distinct lengths). Grooming of the Schipperke’s coat includes weekly brushing (making sure you reach the undercoat) and trimming of his whiskers or the hair between the pads of the feet. The coat should be left in its natural shape. The Schipperke is a moderate shedder. Up to three times a year, the undercoat can ‘blow’ (shed) for several days up to several weeks. It will then take two to three months for the undercoat to grow back.

Color: The color of the Schipperke’s coat is black. The undercoat may be a bit lighter and when shedding, there may be a (temporary) reddish cast.

Temperament: The Schipperke is an excellent companion and watch dog. He is loving, loyal, full of energy, alert and very good with children. The Schipperke is mischievous and curious. Socialization should start at an early age and he should also be trained – which isn’t difficult since the Schipperke is smart and eager to learn. Behavior problems can exist if the Schipperke is allowed to rule the home, therefore, it’s very important for its owner to have strong and consistent leadership skills. Schipperkes are active, tireless and will become destructive if bored. They need daily exercise such as long walks including free play and the opportunity to run in a secure area which are all considered ideal.

Health Concerns: The Schipperke does not have any breed specific health problems other than an inherited disease called MPS IIIB. This genetic mutation affects maybe as much as 15% of these type dogs. To help keep your Schipperke in good heath, it’s important not to overfeed him and to give him plenty of exercise. Schipperkes are known to live up to the age of 15 and longer.

Special Interest:
• The Schipperke has been referred to as Tasmanian black devil, little black devil, Little Captain, Little Sailor, Spitzke and Belgian barge (or ship) dog.
• The Schipperke coat of different lengths gives it a unique silhouette which is unlike any other breed.
• Schipperkelittle means little shepherd in Flemish (Dutch language spoken in northern Belgium). 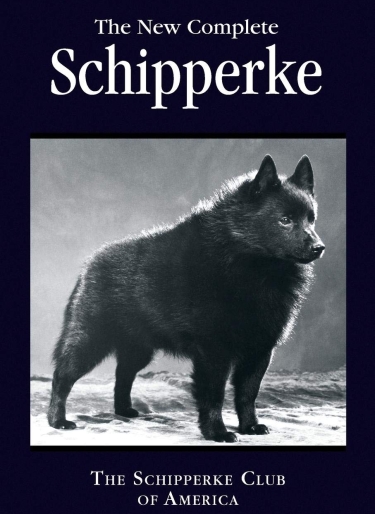