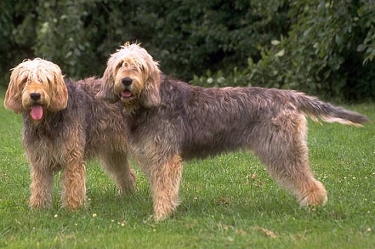 Otterhounds are large, friendly and boisterous dogs with a rough, crisp and shaggy coat. Possible ancestors of this breed date back to the 12th century during the reign of King John of England. This type of dog was used to control the otter population which was depleting the food (fish) supply in the rivers and streams.

Today’s Otterhound was created in the 18th century and is a crossbreed of the Bloodhound along with many other rough coated French hound breeds. The Otterhound was brought to the United States in the beginning of the 20th century and made its debut at an American Kennel Club show in Oklahoma in 1907.

Height: As a guideline, according to the AKC breed standard, the height measured at the withers for a male Otterhound is 27 inches (68.6 cm) and for bitches approximately 24 inches (61 cm).

Weight: The weight for a male Otterhound according to AKC breed standard is approximately 115 lbs (53.6 kg) and approximately 80 lbs 36.4 kg) for bitches.

Coat Type: The Ottherhound has a double coat. The outer coat is long, rough and shaggy and the undercoat is wooly. The Otterhound’s coat is waterproof and may have a bit of an oily texture. Basic grooming includes a weekly brushing which will help prevent matting. The Otterhound is an average shedder. The Otterhound should be shown in his natural coat.

Color: Any color or combination of colors is acceptable in the Otterhound breed. ~AKC breed standard

Temperament: Otterhounds are friendly, even tempered and devoted to pleasing its master. They are affectionate and make a good companion and family pet. Otterhounds should be supervised around very small children due to their large size which could unintentionally cause injury. And although they’re affectionate, they can also be very independent. Otterhounds should be socialized starting at an early age and continued throughout their lifetime. Although they are very intelligent, they can also be stubborn which can challenging when it comes to training. Training should start early and the owner must be firm, patient and in charge at all times. Otterhounds get along well with other dogs, especially if they have been socialized. An Otterhound will bark or bay if he hears or sees something out of the norm, making him a great watch dog. Note his bay is very distinctive and will carry a long distance. Otterhounds should be taken on daily walks or jogs for exercise and should always be kept on a lease if not in a secure area. This breed has an amazing sense of smell and will take off on a scent. The danger here is that there’s a strong possibility the Otterhound won’t respond to your command and may get lost or hit by a car.

Health Concerns: Health issues which can affect the Otterhound include hip dysplasia, bloat and a potentially fatal bleeding disorder. The average life span of an Otterhound is between 10 – 13 years.

Special Interest:
• The Otterhound has an extremely sensitive nose.
• The Airedale Terrier was developed from Otterhounds and other terriers.
• The Otterhound has large webbed feet making him an excellent swimmer.
• The Otterhound is considered a rare breed – there are less than a 1000 worldwide.
• The first documented description of this type of dog was in the early 14th century by huntsman William Twici. He wrote, “rough sort of dog, between a hound and a terrier.” 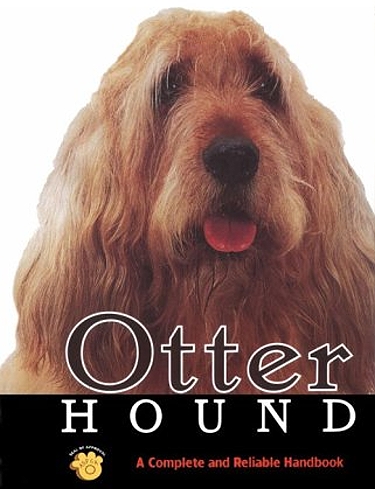