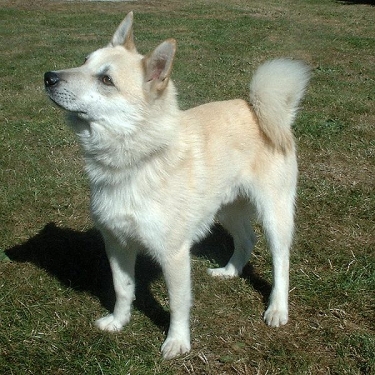 The Norwegian Buhund is an ancient breed with likely ancestors dating back to 900 A.D. In Norway, six canine skeletal remains were discovered in a Viking grave at the Gokstad excavation site and are believed to be related to the modern Norwegian Buhund. In ancient times, these beloved dogs traveled with the Vikings and were buried with their owners with the belief they would still perform their duties – which included providing protection – in the afterlife.

The Norwegian Buhund is typical Spitz type which was bred to be an all purpose farm dog. Their functional duties included herding and guarding livestock as well as providing protection to property and family. In addition, they were known to hunt wolves and bears in very old times. This breed is medium in size, compact and squarely built, has prick ears, a curled over the back, plumed tail and an alert expression.

In 1920, the first Norwegian Buhund Show took place in Jaeren, Norway. The show was credited to the efforts of Norway’s state counsel John Saeland who was a Buhund enthusiast. In 1939, the Norsk Buhundklubb or Norsk Buhund Club was founded and an emphasis was placed on selecting only the very best dogs for breed type and working ability.

The Norwegian Buhund is still used as a working farm dog in its native Norway while in other parts of the world, they are widely used as a companion and family pet. This breed also competes in obedience, conformation and agility and is also used in police work and to aid the hearing impaired.

The Norwegian Buhund was officially recognized by the American Kennel Club in Herding Group in 2009.

Height: The height for a Norwegian Buhund according to AKC Breed Standard is 17 – 18 ½ inches (43-47cm) for dogs and for bitches, 16 to 17 ½ inches (41-4cm). These sizes are based on taking the measurement at the highest point of the shoulder blade

Coat Type: The Norwegian Buhund has a double coat that is medium to short in length. The outer coat is thick and has a firm, hard texture. The undercoat is dense, woolly and soft. The coat is easy to care and needs requires regular brushing and bathing only when needed. The Norwegian Buhund’s undercoat sheds once to twice a year while the top coat sheds year round yet is minimal.

Color: The color of the Norwegian Buhund’s coat is and variety of wheaten shades or black.

Health Problems: The Norwegian Buhund is a healthy and hardy breed. The main health concern is hereditary cataract disease. The average life span of the Norwegian Buhund is between 10 – 12 years, although when exposed to a very healthy lifestyle, it’s possible for this s breed to live up to the age of 14.

Special Interest:
• The Norwegian Buhund is the American Kennel Club’s 160th breed.
• The name of the first Buhund registered with Norsk Buhund Club was Flink.
• In Norwegian, ‘bu’ translates to homestead or mountain hut and ‘hund’ means dog. 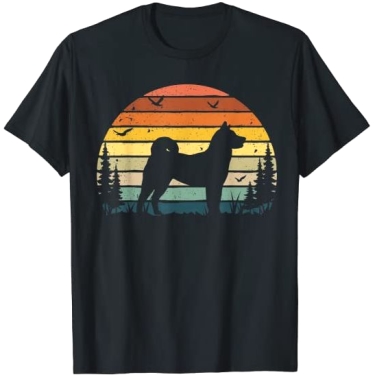