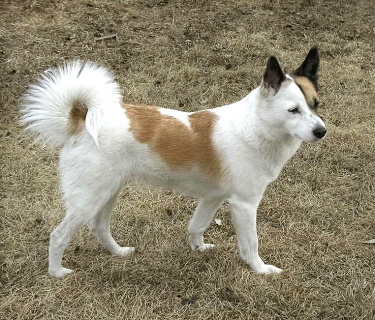 Documented as early as the 17th century, the Norrbottenspets (English: Nordic Spitz) is a spitz-type dog that originated in Norrbotten, Sweden and Lappland/Kainuuland, Finland.

Traditionally used to hunt wood grouse, black grouse, capercaillie, hazel grouse, fox, marten and raccoon, the Norrbottenspets (nor-bo-TEN-spets) can be effective against larger mammals such as moose and grizzly bear. Despite it’s superb ability to hunt and work on farms, the breed has recently become more popular as a companion dog.

The Fédération Cynologique Internationale (FCI) confirmed both the breed standard and official breed name, Norrbottenspets, in 1966.

Health: Healthy breed. Some may be susceptible to patellar luxation, eye problems, epilepsy and hip dysplasia.

Special Interest:
• Also known as the Norrbottenspitz and Pohjanpystykorva.
• Sometimes call Nobs for short.
• Was used to hunt squirrels, when squirrel fur was valuable in the early 20th century
• When hunting, can bark up to 120 times a minute.
• Descended from Laika-type spitz that lived with hunter-gatherers in the North Cape area during prehistoric times. 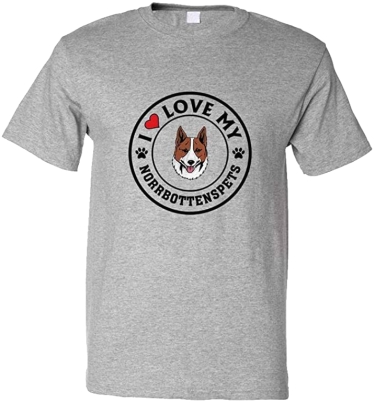