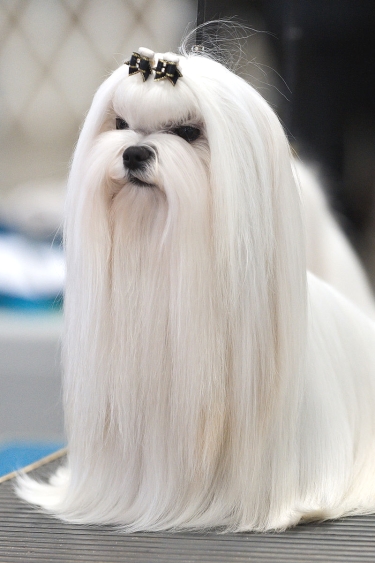 The Maltese, the oldest European toy breed, has been depicted on objects of art as old as 3000 years. The name Maltese comes from the old Latin name, Canis Melitaeus, which referred to the dog’s place of origin. There is debate as to whether this was actually the Island of Malta, or the town of Melita in Sicily.

Throughout Europe, the Maltese was often used as an object of barter along trade routes and it gained human interest wherever it was left. The main function of this charming toy breed has always been to serve its master as friend and companion. The Maltese has been recognized and exhibited since 1862 in England, since 1877 in the States, and since 1901 in Canada. This tiny breed fits well in any size accommodation and does not require very much exercise.

Coat Type: The long, flowing coat of the Maltese should be straight and silky, and neither woolly nor curly. The most common color is all-white but beige or lemon markings are permitted. There is no undercoat, yet care and grooming of the coat requires dedication and attention. Daily brushing and frequent bathing keep the Maltese coat tangle-free and clean.

Temperament: The Maltese is a mild-mannered, gentle dog. It is an animated and intelligent creature that enjoys human companionship, including that of children, and, in return is very affectionate.

Health Problems: The Maltese can be prone to digestive, eye, respiratory and skin problems. This breed is also sensitive to hot weather and damp conditions. The average life expectancy for a Maltese is 15 years, although many can live much longer.

Special Interest: This tiny breed nearly became extinct in the 17th and 18th centuries when breeders tried to make it even smaller than it already was. The disastrous results were reversed by crossing the breed back with other Toy breeds, which helped the Maltese regain its vim and vigor. 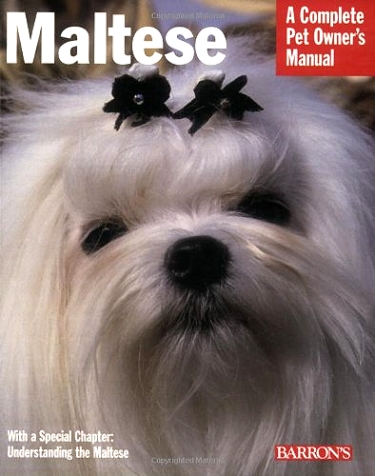