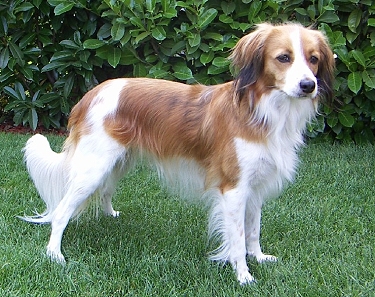 The Kooikerhondje, or Kooiker for short, is a beautiful Dutch spaniel-like, duck hunting dog whose origins date back to the Middle Ages.  Prior to the introduction of firearms, they were used to to trap ducks in three to ten acre man-made ponds called Eendenkooi.

The breed is associated with the founder of the Dutch Monarchy, Prince William of Orange (1533-1584), whose Kooiker, Pompey, is credited with saving the Prince’s life from assassins by jumping on his face while he slept.

Popular during the 17th and 18th centuries, the Kooikerhondje appeared in paintings by artists such as Rembrandt and Jan Steen’s Doctor’s Visit (1658-1662).

Health: Healthy breed. Some may be susceptible to polymyositis (PMN) renal disorders and epilepsy.

Special Interest:
• Recognized by the AKC in 2018.
• Ancestor of the Nova Scotia Duck Tolling Retriever.
• Almost became extinct during WWll and was rescued by Baroness van Hardenbroek van Ammerstol who bred 52 litters under the name Walhalla from 1942 to 1976. 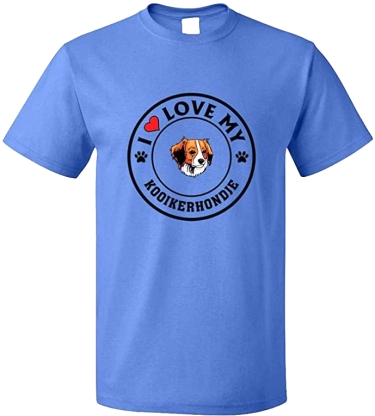 I LOVE MY KOOIKERHONDJE