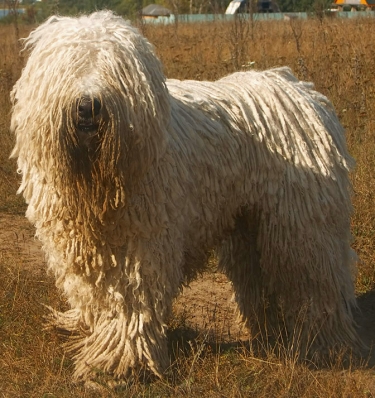 The Komondor is a large Hungarian livestock guarding dog. They have a most unusual long, thick and corded white coat which protects not only against the elements but against predators as well. The Komondor is an ancient breed from Hungary dating back many centuries and thought to be related to the South Russian Owtcharka. However, as with many other breeds, its history before arriving in Hungary is not known for certain.

Komondorok are gentle, affectionate and calm, however, if a threatening situation arises, he will become fiercely protective as this breed has a natural guardian instinct. The Komondor was primarily used for guarding livestock and property.

WWII took its toll on the Komondor population. Their numbers dwindled in Europe and since there was no contact between the United States and Hungary during this time, importing and breeding practically came to a standstill. It wasn’t until the early 1960s that importation resumed and the Komondor breed was eventually revived.

The American Kennel Club recognized the Komondor as a breed in 1937. In 1967, the Komondor Club of America (KCA) was organized. The KCA is the National Club and responsible for preserving the breed in the United States.

Coat Type: The Komondorok coat is dense, cord-like, shaggy, long and protective against elements and predators. Coarse outercoat with a soft, wooly undercoat. The natural cord-like coat should never be brushed or combed. The Komondor breed sheds very little.

Color: The color of coat of the Komondor is white

Temperament: Komondorok are loyal and devoted. They make a great family pet, they’re affectionate and very gentle with children (who have been there from the very start). The Komondor is generally calm, but if he senses trouble, he will immediately go into a protective mode. Training as well as socialization starting from an early age are an absolute must in order to avoid aggressiveness. Training must firm, consistent and most importantly done in a positive, upbeat manner – never harsh. the Komondor responds best to praise and must always view his owner as the leader or the one in charge. These dogs are alert, wary of strangers and considered a natural guard dog. The Komondor is not meant for city or apartment life, but can adjust if necessary. They don’t require a lot of exercise, however, daily walks are suggested.

Health Problems: The Komondor is a a healthy breed. Some health issues to note: hip dysplasia, entropian (eye disorder), juvenile cataracts and bloat. The average life span of a Komondor is between 10 – 12 years. 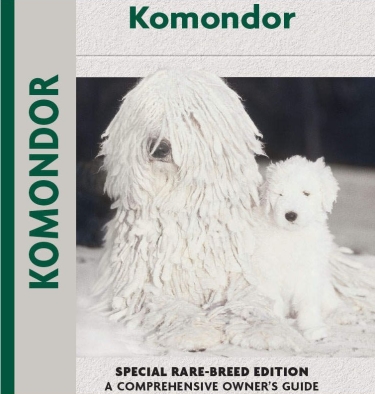