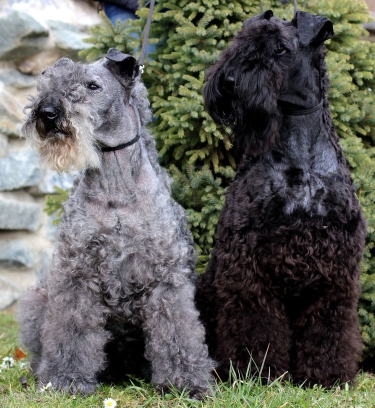 Exactly when the Kerry Blue Terrier was developed is up for debate, however, notes by dog enthusiasts in the 1800s mention the breed. We also know they were first entered as a breed at a dog show in Ireland sometime around 1916. From that time, the more shows they entered, the more they became known and popular as they made such a favorable impression.

Kerry Blue Terriers are thought to have arrived in the US in 1918 or 1919. The breed was first shown in the US at the Westminster Dog Show in 1922 and they were recognized as a breed in 1924 by the American Kennel Club. Two years later in 1926, the Kerry Blue Terrier Club of America was established.

Coat Type: The Kerry Blue Terrier’s coat is wavy, soft and dense. There is no under coat. Shedding is very minimal therefore weekly brushing and a clipping every six weeks is necessary to maintain the coat.

Color: The color of the Kerry Blue Terrier’s coat at birth is all black. Once mature, the AKC standard is “…any shade of blue gray or gray blue from the deep slate to light blue gray, of a fairly uniform color throughout except that distinctly darker to black parts may appear on the muzzle, head, ears, tail and feet.” By time the dog is 18 months of age, the color should have already changed from all black to the mature color. 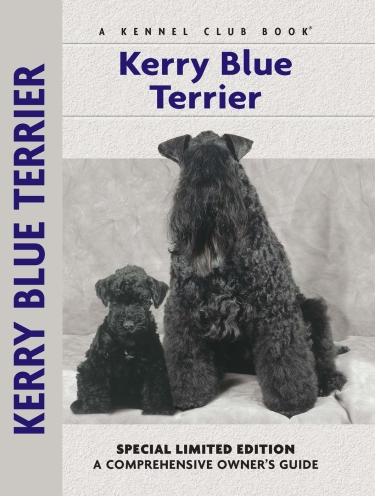