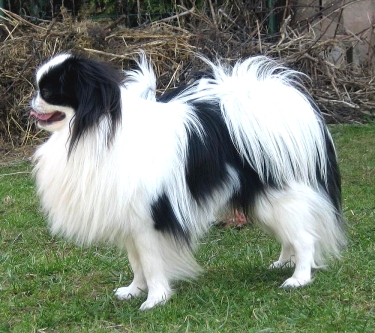 The Japanese Chin is small and dainty, and make a wonderful companion. The breed we know today can be traced to Japan, but exactly where and when this ancient toy breed originated is still a mystery. Some theories suggest Korea and other claim it was China. As far back as the fifth century, there was a lot travel between these three countries and it’s known Korea and China often gave small pet dogs to the Japanese.

Japanese Chins were bred to be companions and at a time long ago were only owned by nobility and royalty. They were often given as royal gifts to diplomats and to foreigners whose purpose to Japan was highly respected.

The Japanese Chin breed (originally known as Japanese Spaniel) was first recognized by the American Kennel Club in 1888. The name was officially changed to Japanese Chin in 1977.

Coat Type: AKC Breed Standard – “Abundant, straight, single, and silky. Has a resilient texture and a tendency to stand out from the body, especially on neck, shoulders, and chest areas where the hair forms a thick mane or ruff. The tail is profusely coated and forms a plume.” / Grooming is relatively easy. The abundant hair tends not to mat therefore combing or brushing twice a week and bathing as needed will help keep the coat in good condition. The Japanese Chin is breed is an average shedder. Note: Females seem to shed more than males.

Color: Most common coat color of the Japanese Chin is black and white, however this breed also comes in other varieties which includes red & white and sable & white. Tri colored (black and white with tan points) is not common.

Temperament: Japanese Chins are loving, loyal and eager to please companion dogs. They are intelligent, good-natured and sensitive. Known to be reserved with strangers or in unfamiliar situations – therefore early socialization is very important and may help in these instances. Japanese Chins really only bark to alert that’s someone at door or if there’s an unfamiliar sound – otherwise, they are quiet dogs. Japanese Chins devoted, playful and clean.

Health Problems: Japanese Chins are generally a healthy breed. The most common health issues include luxating patellas, early onset of heart murmurs, cataracts and respiratory problems. Because of they are ‘short-faced’, the breed is known to wheeze and snore. Japanese Chins are sensitive to the heat. Average life expectancy is for a Japanese Chin between 10-12 years. 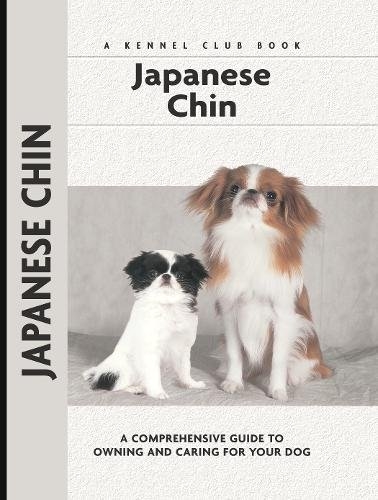