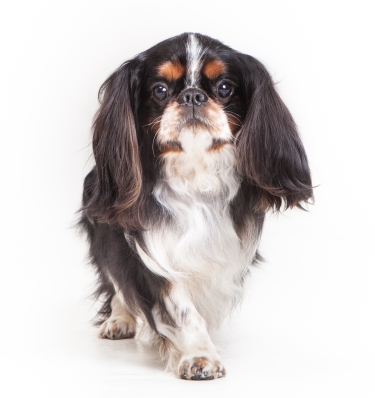 The English Toy Spaniel is a distinctive toy breed which comes in four varieties: Blenheim, Prince Charles, Ruby, and King Charles. These merry and affectionate little dogs have a long history as being favored by English royalty. They have a characteristic domed head, pushed-in nose, long ears, broad ribcage and large sweet eyes.

The origin of English Toy Spaniels is linked to the east – Japan or possibly ancient China. As to when they arrived in England, it is believed to have been at least a hundred years before the reign of King Charles I. The black and tan type was was a favorite of King Charles II and named after him.

The English Kennel Club only recognized the black and tan King Charles and red and white Blenheim types before 1885. The other two types – the Ruby which is solid red with some white on the head and the Prince Charles which is tri colored- received recognition in 1892. In the early 19th century, the Toy Spaniel breed was bred smaller, with a shortened face, protruding eyes, and a more rounded skull.

English Toy Spaniels arrived in the United States with early settlers in the 19th century and the breed was recognized by the American Kennel Club in 1886.

Height: The height for an English Toy Spaniel is about 10 inches (25cm)

Color: The English Toy Spaniel comes in four colors: Blenheim (red and white – which is the most common), The Prince Charles (black, white and tan or known as tricolor), The Ruby (red) and The King Charles (black and tan). 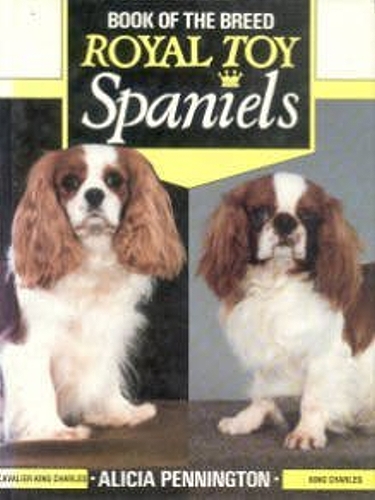