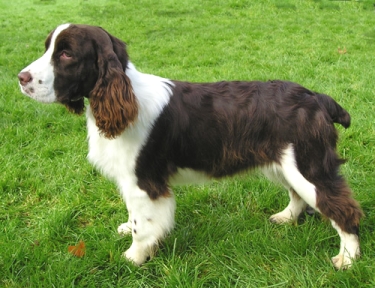 The English Springer Spaniel is a large, land spaniel (versus water spaniel) whose primary function was to “spring” game from thick brush for sportsmen. It descends from Spanish dogs, hence the name “spaniel”; these dogs were brought to Britain as early as 1570. It is the oldest of the spaniel breeds and is considered the forefather of all other land spaniels with the exception of the Clumber Spaniel.

Despite its long history, the English Springer Spaniel was not officially recognized until 1902 in England, although it was exhibited there since the 1850s under the name Norfolk Spaniel. The breed came to North America in 1907 and since then has gained a reputation as an excellent, all-purpose sporting dog. The English Springer Spaniel does best in a family that enjoys plenty of outdoor activity.

Coat Type: The English Springer Spaniel’s straight or moderately wavy coat is glossy and is dense enough to provide protection against weather and thick underbrush.

Colors: The color of the English Springer Spaniel’s coat can include blue, black or liver and white. Regular grooming and occasional trimming of feathering keeps the coat looking neat and clean.

Health Problems: Epilepsy is highly suspected to have a genetic component in English Springer Spaniels. Check the long, close-lying ears regularly and keep them clean in order to prevent infections. 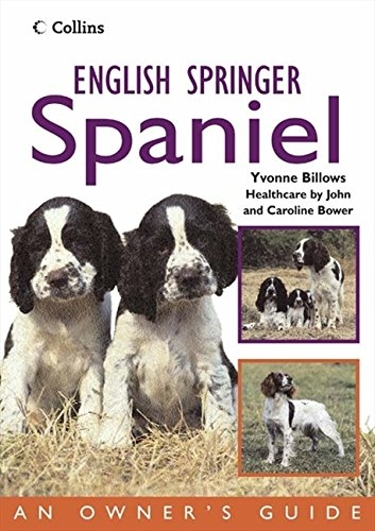