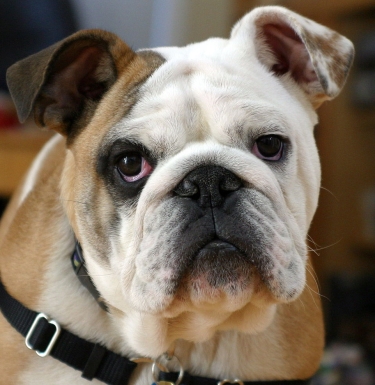 The English Bulldog’s heritage lies in England where it descended from the Alaunt, which was a Mastiff-type dog. The English Bulldog got its name because it was an apt cattle driver as well as a hunter of wild boar. From the 13th century on, the breed’s qualities were specifically bred so that it was an able contestant in bull-running, bull-baiting and pit fighting.

When all of these activities were banned, the English Bulldog’s status would have dwindled had it not been for the efforts of a few staunch Bulldog-loving fanciers. The Bulldog Club held fast to the breed and it was among one of the first few recognized by the English Kennel Club in 1873. The breed has been popular in North America since the end of the 19th Century. The English Bulldog fits in well just about anywhere. His lovable personality makes him a good family pet. This athletic dog should be exercised regularly.

Coat Type: The English Bulldog’s coat is short all over, smooth, dense and shiny. Colors range from red brindle to white to red, and sometimes black. A weekly rub-down is all that is needed in the grooming department.

Temperament: Although originally bred as a fighting-type dog, the English Bulldog should be neither aggressive nor vicious. On the other hand, it is courageous and determined, friendly and easy to get along with.

Health Problems: The English Bulldog is prone to respiratory infections and whelping difficulties and special precautions should be taken in areas of extreme heat or cold.

Special Interest: The shape and form of the dog may seem odd in appearance, but remember that all qualities of the English Bulldog were bred-in specifically to make it an able bull-baiter. For example, the nose is pushed back so that once the dog was “locked” onto the bull, it would still be able to breathe. You should also be aware that the Bulldog is a noisy “snuffler.” 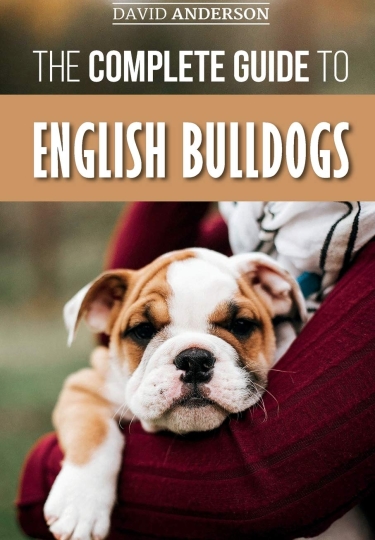