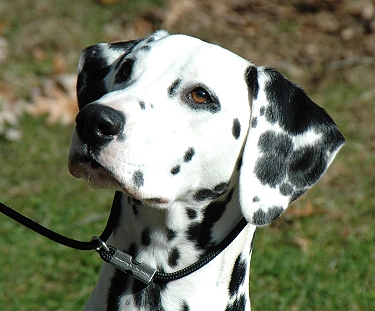 While the exact origin of the Dalmatian cannot be pinpointed, the breed as we know it today has existed in Europe at least since the Middle Ages. Paintings, which date back to the 16th Century, show very similar dogs engaged in hunting scenes. Most likely, the breed descends from dogs in India and was later imported to Dalmatia, now a part of Yugoslavia.

The Dalmatian has excellent endurance and often trotted alongside parties traveling by horse and carriage. Once established in America, he enjoyed his perch on the horse-drawn fire wagons and sometimes helped to find and rescue victims trapped in fires. The Dalmatian is loyal to his family and protective of his home. Provide him with plenty of exercise and room to play. He is nicknamed the Dal.

Coat Type: The Dalmatian’s dense coat is flat-lying and short. He is instantly recognizable by his white glossy coat covered with distinct black or liver spots. Pups are generally born all-white and the black spots fill in as the pups age. Solid patches are unacceptable in the show ring. A good rub-down is all that is needed to keep a Dalmatian well-groomed.

Temperament: The Dalmatian is a lively, active dog with plenty of stamina. He was originally a good traveler, he adapts easily to new places and responds well to all types of training. Dalmatians thrive when they are with people and should not be left alone for long periods of time.

Health Problems: The Dalmatian is a very healthy breed, however, the one genetic disposition they are prone to is deafness. Most health issues which may affect this breed are related to old age such as arthritis. The average life expectancy is between 11 – 13 years, although it’s possible to live up to the age of 17 or 18.

Special Interest: Some other of the Dal’s nicknames include “the Plum Pudding Dog”, the “Spotted Dick”, and “the Bengal Harrier”. Because he was both a travelling companion and, later on, a fire hall mascot, other names included “Coach Dog”, “Carriage Dog”, and “Fire House Dog”. The Dalmatian also moonlights at other jobs which range from circus performer to cattle drover to hunter to war dog. 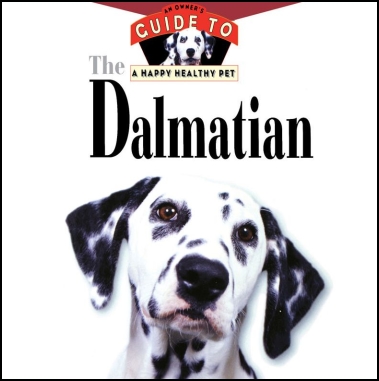 Guide to the Dalmatian