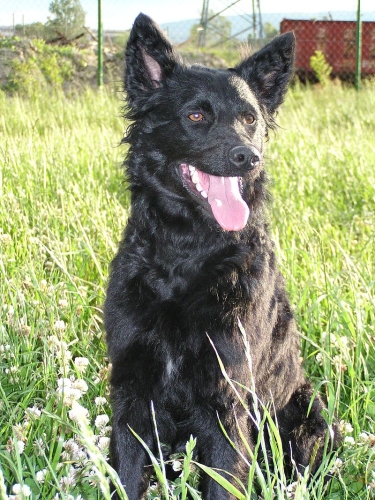 A medium-sized working sheep, pig, horse and cattle dog, the ancestor of the Croatian Sheepdog (Croatian: Hrvatski Ovčar) was first mentioned by bishop Petar Horvat of Djakovo, who wrote in 1374 that Croats had brought a shepherd dog along with them when they settled the land in the 7th century. He referred to the dog as the Canis Pastoralis Croaticus — Latin for the Croatian Shepherd Dog.

In 1719, Peter Bakic, the bishop of Djakovo, wrote about the Croatian Sheepdog in his manuscript, On the Life of the People and Raising of Stock in Djakovo and it’s Surroundings in 1719. In comparing notes with Petar Horvat’s 14th century description, Bakic claimed that the Croatian Sheepdog had not changed in appearance since 1374 – a period of almost 350 years.

Prof. Stjepan Romic is credited with developing the modern breed in 1935. The Croatian Sheepdog was first publicly presented at Croatia’s first state dog show in Zagreb in 1949 and was standardized in 1951.