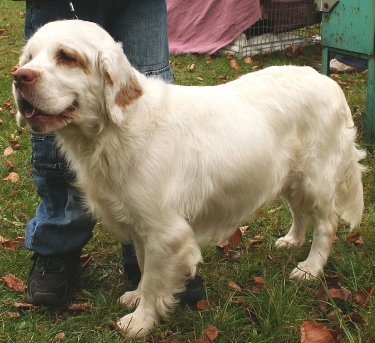 William Mansell was responsible for the development and improvement of this unique breed. Clumber Spaniel are thought to be related to Alpine Spaniels, Basset Hounds, and other various breeds. They’re excellent hunters of partridges and pheasants and work well in dense undergrowth. Clumber Spaniels hunt alone or in small packs and while they’re not quick, they possess great stamina and do not tire from a long day of work.

Clumber Spaniels have been favored by Several British monarchs. Prince Albert, the Prince consort of Queen Victoria, was a fancier and promoter of the breed, as was his son King Edward VII, who bred them at the Sandringham estate in Norfolk.

Clumber Spaniels are thought to have arrived into the United States in 1883 and they were among nine other breeds first recognized by the American Kennel Club. The first Clumber Spaniel registered with the AKC was recorded in 1878. Note: The AKC accepted a few records of pedigrees that were older than the actual club upon its founding in 1884.

Coat Type: The Clumber Spaniel’s coat is dense, weather-resistant, straight, flat and soft to the touch. These dogs are are heavy shedders, so brushing and combing should be done on a regular basis. Clumber Spaniel’s eyes and ears should be regularly checked.

Color: The Clumber Spaniel is primarily a white dog with lemon color or orange color markings.

Temperament: Clumber Spaniels are sweet, loyal and intelligent. Very playful and active when puppies, but once they have matured, they are very calm. These dogs have an intrinsic desire to please, they’re very kind and affectionate. Clumber Spaniels are aloof with strangers (more so than any other Spaniels), until they get to know them. Clumbers are independent thinkers. These dogs should never be timid or hostile. Clumber Spaniels have a great memory making them easy to train, but one must keep in mind they are gentle dogs and will not respond to tough discipline. Clumber Spaniels like to chew, so be sure to have many chewing toys to satisfy this urge.

Health Problems: Canine hip dysplasia is a serious issue in this breed. Other health concerns for the Clumber Spaniel include entropion and ectropion (turning inward or outward of the lower eyelid), hypothyroidism, dry eyes and cataracts. Some Clumber Spaniels are also prone to panosteitis which is a bone disease in young dogs. Without enough exercise, the Clumber Spaniel tends to gain weight very easily. They also can suffer from flatulence, slobber and drool especially after eating and drinking and they can also snore. The average life expectancy of a Clumber Spaniel is between 11 – 12 years. 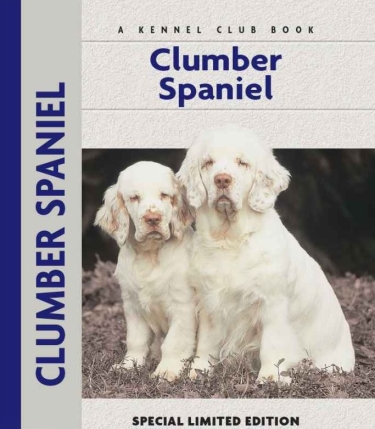