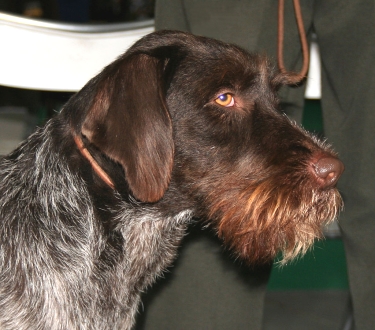 The Český Fousek (pronounced: Chess-kee Foe-sek), or Bohemian Wirehaired Pointing Griffon, is a Czech wirehaired breed of versatile gun dog. There is a dramatic difference in size between the females and males.

The breed possibly existed as far back as the 14th century. A letter written in 1348 by a Czech nobleman mentioned a Canis Bohemicus and, in 1724, Johann Friedrich Von Flemming wrote about , …roughhaired dogs from Bohemia. While these may have referred to the breed, there was no doubt in 1883 when author Josef Vilém Černý described the Český Fousek as a pointer in his book, Huntsmanship – Handbook for Hunters and Hunting Friends.

Before World War One, the Český Fousek was the most popular wirehaired hunter in Bohemia (present-day Czech Republic) and widely used in nearby countries such as Austria and Germany. Both world wars decimated the breed, but enthusiasts maintained bloodlines until the Fédération Cynologique Internationale (FCI) formally recognized the Český Fousek in 1964.

Health: Healthy breed. Some may be susceptible to elbow and hip dysplasia, osteochondrosis dissecans, entropion and bloat. 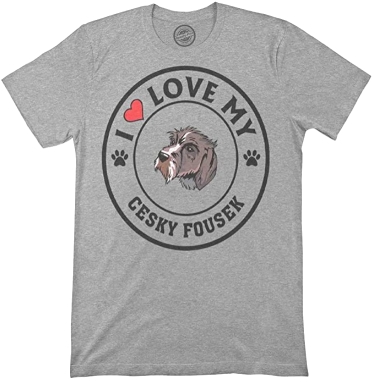 I LOVE MY CESKY FOUSEK