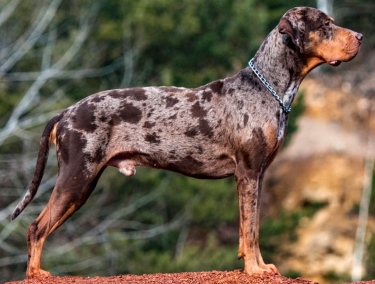 The Catahoula Leopard Dog or Catahoula Cur is named after Catahoula Parish, Louisiana and became the state dog in 1979.

The exact Catahoula lineage is unknown, but may be the result of Native Americans breeding their dogs with greyhounds brought to Louisiana in the 16th century by the Spanish Conquistador Hernando de Soto.

Catahoula Leopard Dogs have been traditionally used to hunt feral boars in the swamps of Louisiana.

Health: Deafness is a major genetic fault. 20% of the breed develops hip dysplasia 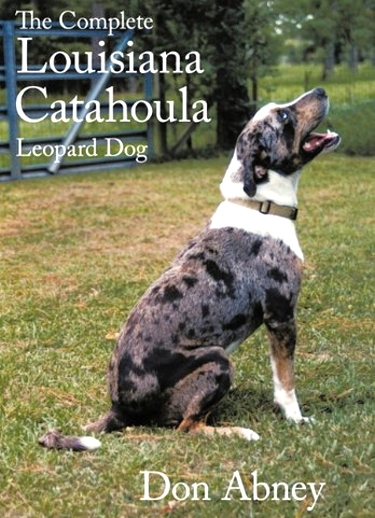