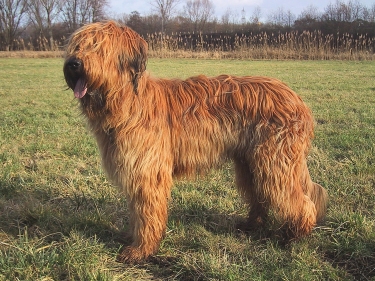 The Briard, which is French in origin, is a working dog that dates back to the 8th century. Initially, these dogs protected their owners from wolves and poachers. However, after the division in land, increase in population and then the French Revolution, their role changed to herding and as a guard dog.

A group of sheepdog fanciers created the first Briard standard in 1897 and then in 1909, the French association – Les Amis du Briard – was created.

Who receives credit for introducing the Briard to the United States? It’s a toss up between Marquis de Lafayette and Thomas Jefferson. There are records indicating they both did so about the same time. In 1922, a litter of Briards was registered with the AKC and in 1928 the Briard Club of America was created.

The Briard is an excellent companion dog, but isn’t a perfect fit for everyone. Their character is developed by the love, time, attention and affection from their owner. In addition to herding, guard and watchdog roles, the Briard is also used in police work, military work and search & rescue.

Coat Type: The Briard has a double-coat. The other coat is harsh, long and slightly wavy. The undercoat is fine and tight. Regular grooming is required to prevent matting. A well-groomed Briard sheds minimally.

Color: The Briard can be any of several different solid colors or lighter colors with darker or light ears and face. All uniform colors are permitted except white.

Temperament: The Briard is loyal, protective, loving and good with children. This breed has an excellent memory and is confident, fearless and has a mind of its own. The Briard is aloof with strangers, therefore proper introduction is necessary. Early socialization is imperative – the Briard needs exposure to different places such as parks and pet stores which will help him become more well-rounded. This breed is eager to please its master.

Special Interest:
• The Briard remains among the most popular of the herding breeds in France.
• Marquis de Lafayette and Thomas Jefferson are both credited with bringing bringing specimens of the Briard to the Americas.
• Famous Briards include “Tramp’ on My Three Sons, “Them” on the Addams Family, and ‘Rosie’ on Dennis the Menace. 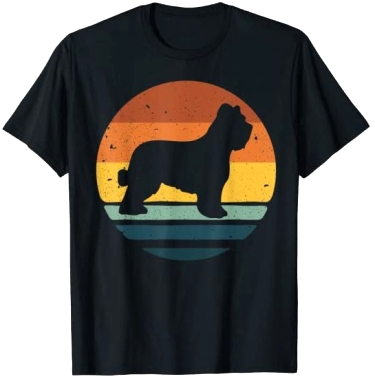