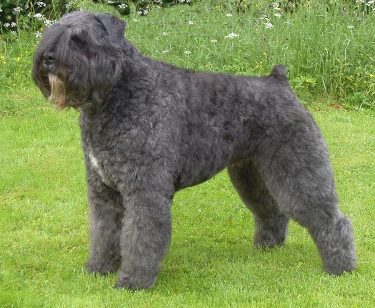 The Bouvier des Flandres is a large dog with a rugged and powerful appearance, a thick beard and shaggy eyebrows. Their ears are often clipped to create a fiercer look. While fearless and incredibly protective of family, this breed is also gentle and calm.

It is believed the Bouvier originated in the Flanders area of Belgium and on the neighboring northern French plains. Early breeders’ (farmers, cattlemen) primary intention for these dogs was for them to help with their work. The Bouvier des Flandres breed was utilized as cattle drivers.

Initially, breeders were not concerned about the Bouvier des Flandres’ ‘appearance’ and it wasn’t until after this breed’s first participation in a Belgium dog show in 1910, expert breeders agreed on a single type. An official breed standard was created in 1912 and the Bouvier des Flandres was listed in the stud book of the Societé Royal St. Hubert.

Temperament: Bouvier des Flandres are very protective, loyal, and gentle. This breed is good with children and other pets as long as socialized early. Easy to train, obedient, excellent guard or watchdog. Alert and fearless.

Health Problems: The Bouvier des Flandres is generally a hardy breed although they can suffer from hip and elbow dysplasia along with and eye problems such as cataracts. Other health concerns include Other health concerns include autoimmune disorders, hypothyroidism, subaortic stenosis, cancer and bloat. The average life span is between 10 – 12 years. 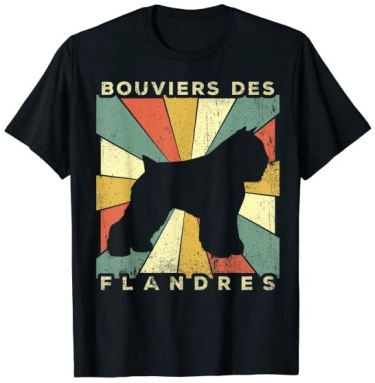