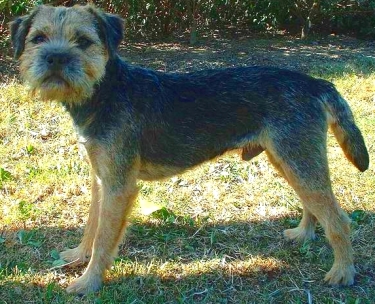 The Border Terrier got its name and originated from the area near the border between Scotland and England. Farmers used them to hunt and kill foxes and rodents. They were also used to hunt otter, marten and badgers. Over time, Border Terriers went from being protective dogs responsible for hunting their own food in order to survive to family dogs. It is believed they first appeared around 1860.

The Border Terrier is a small dog with great stamina. His distinctive head is often referred to that of an otter.

“The Moss Trooper” is the name of the first terrier recognized by the UK Kennel Club in 1920 (the breed was denied in 1914). The first registration of the Border Terrier with the AKC was in 1930.

Color: The color of the Border Terrier’s coat includes grizzle and tan (a salt and pepper look), blue and tan (sometimes looks almost black), red grizzle, and not so common – wheaten.

Temperament: The Border Terrier is alert, friendly, energetic, intelligent and affectionate. They enjoy a lot of exercise, but don’t demand it and will adjust to their owner’s level of activity. Leaving them alone for more than four hours at a time is not recommended. Border Terriers are easy to train and are best when socialized early. This breed was bred to work with people, they love to please their master and they do well with task-oriented activities. Border Terriers make a great family dog as well as a therapy dog – especially for children and the elderly. This breed also does very well as hearing dogs for the deaf. By instinct, Border Terriers likes to kill and hunt small animals – therefore, it’s important not to leave small toys around as they may destroy them and possibly try to eat them.

Special Interest:
• In the18th century, Border Terriers that lived on farms were expected to hunt their own food.
• More Border Terriers have won American Kennel Club Earthdog titles than any other terrier. 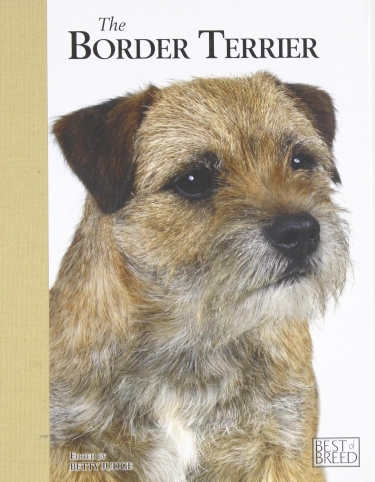