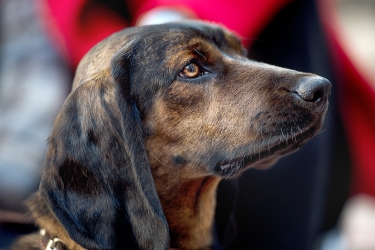 The Bavarian Mountain Hound (Bayerischer Gebirgsschweißhund) is a German scent hound from Germany that has been used since the late 19th century for tracking wounded game in the mountains.

Since the Middle Ages, the Germans have been steadfast about not losing wounded prey. Weapons were inaccurate and the game would invariably leave a trail of blood. The Bavarian Mountain Dog was developed in the 19th century by crossbreeding the Bavarian Hound and the Hanover Hound resulting in a muscular hound well suited for tracking in the mountains.

In 1912, the Club for Bavarian Mountain Hound (Klub für Bayrische Gebirgsschweißhunde) was founded in Munich. The breed is also popular in Austria and Hungary.

Health: Healthy breed with no major health issues. Some reports of hip and elbow dysplasia.

Special Interest:
• A cross between the Bavarian Hound and the Hanover Hound.
• Recognized by the American Kennel Club in 1996. 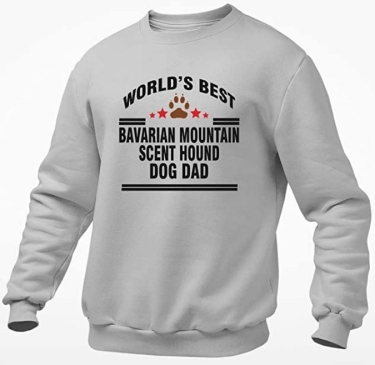