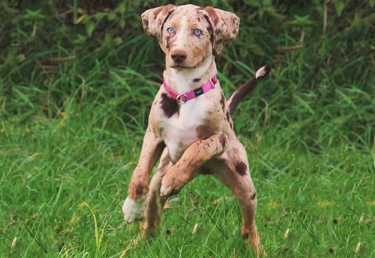 Health: The American Leopard Hound is a hardy breed with no serious health issues. Minor health issues include Deafness and Cryptorchidism.